‘O Canada’ Will Become Gender Neutral With New Lyrics
Only two words are being changed to create a Gender Neutral national anthem in Canada. In 1993, Mickie & Eran Caspi sat down to create a Gender Neutral Ketubah Text. At the time, Ketubot (plural for Ketubah, כתובה) were either hand drawn original artwork, whereby the whole text was written by hand in calligraphy. Or, they were offset lithographs, whereby the text was pre-printed on the Ketubah with spaces left blank for the particular information of each bride and groom to be filled in. For Same Sex couples, the only choice was to commission an artist to create original artwork with a custom Gender Neutral Ketubah Text. And this was a costly endeavor. 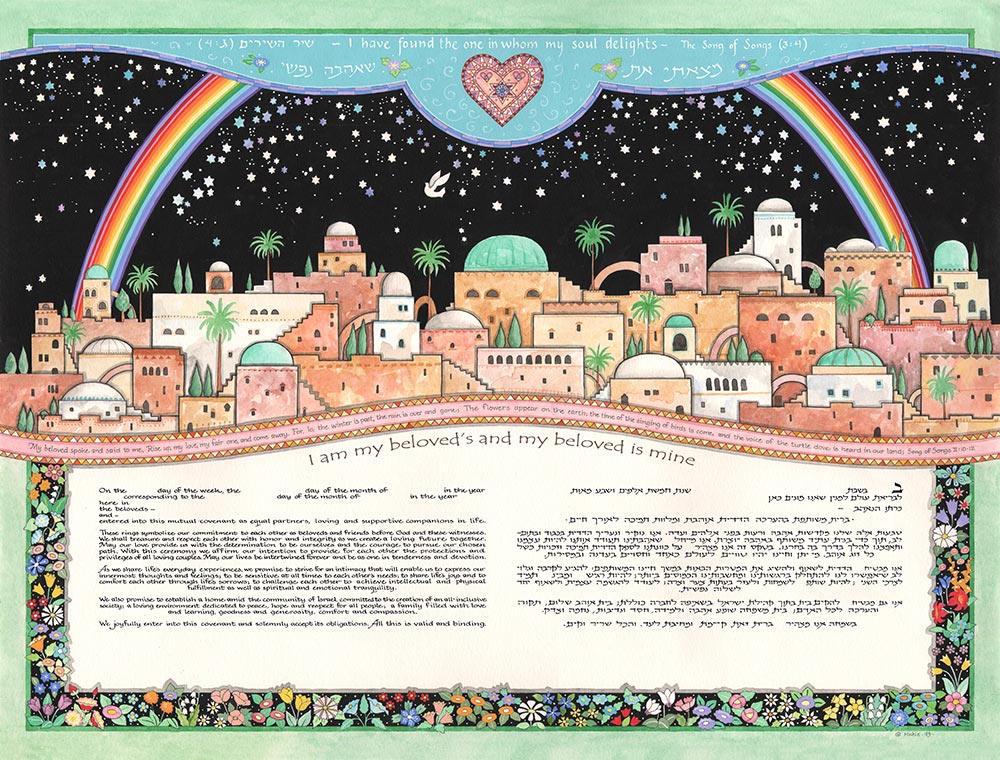 The Gender Neutral Ketubah Text was not just about language. It was about creating a pre-printed, affordable Ketubah for Same Sex Weddings and the LGBTQ community. This was before state and federal laws regarding Gay Marriage had changed and not everyone accepted that a Ketubah should be used in these ceremonies. In fact, we could not use the terms Gay Ketubah Text or Same Sex Wedding Celebration. We used the term Gender Neutral so that we could introduce it into the marketplace, in spite of push back from some store owners and Rabbis. 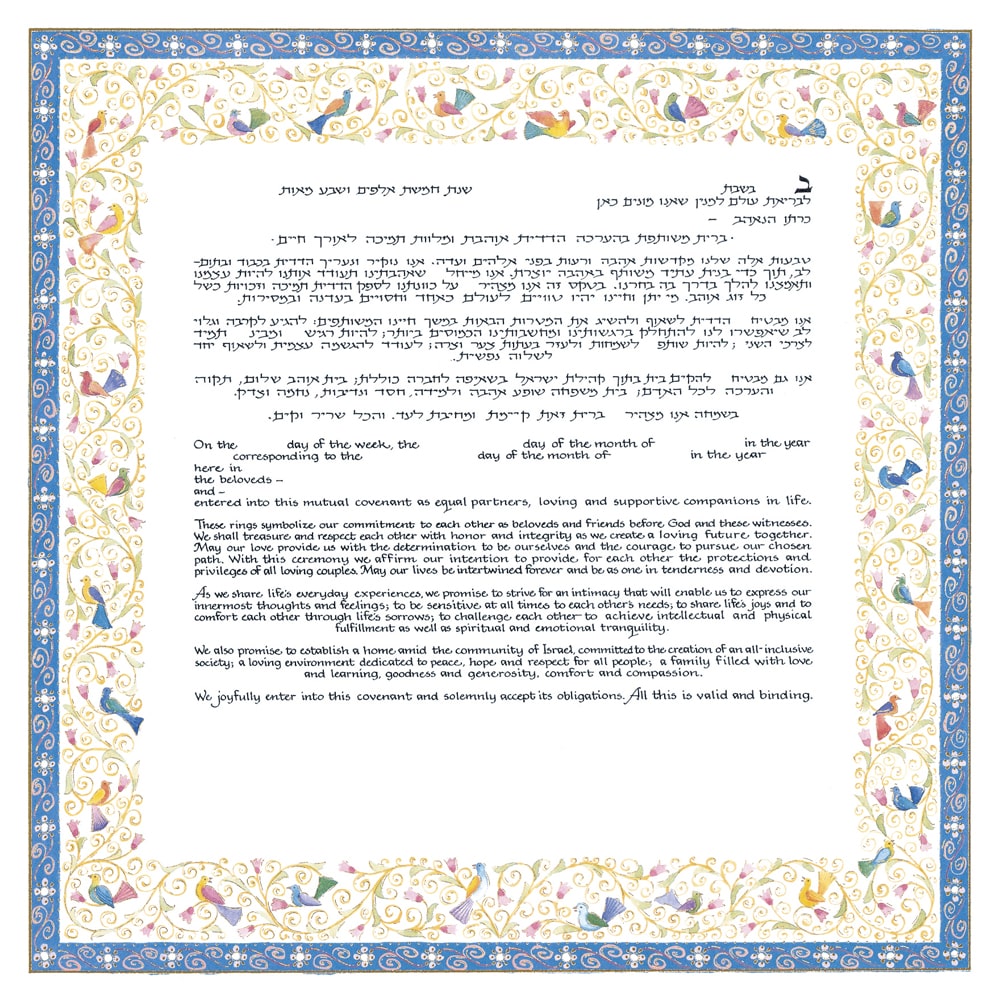 Our first pre-printed, Same Sex ketubah text was printed in June 1994. This was in response to a growing demand by so many loving couples who wanted to celebrate their marriages. Although we had quite a few couples commission original artwork for their ketubah, it was clear that many more would want a pre-printed ketubah because it would be so much more affordable. Since the day we introduced the first pre-printed Same Sex ketubah text, the floodgates opened and now Same Sex Gender Neutral Ketubah texts have become ubiquitous. Today, couples planning a wedding have many more options for affordable and beautiful ketubot. In addition to Same Sex texts, options exist for Secular Humanist, Interfaith and Anniversary Ketubah texts as well.