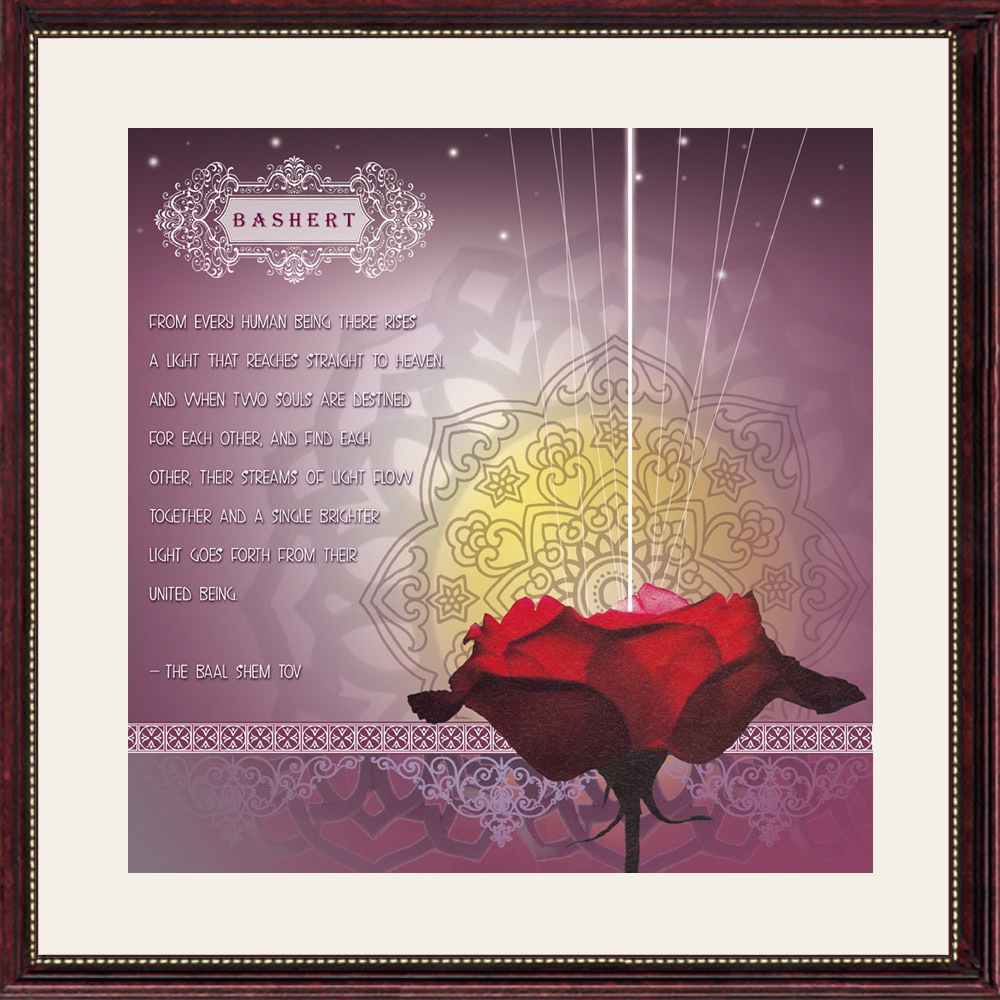 FROM EVERY HUMAN BEING THERE RISES A LIGHT THAT REACHES STRAIGHT TO HEAVEN. AND WHEN TWO SOULS ARE DESTINED FOR EACH OTHER, AND FIND EACH OTHER, THEIR STREAMS OF LIGHT FLOW TOGETHER AND A SINGLE BRIGHTER LIGHT GOES FORTH FROM THEIR UNITED BEING

This wonderful quote is attributed to the Baal Shem Tov (1698-1760), the founder of the Chassidic movement. Rabbi Israel ben Eliezer was born in the Ukraine. His parents died when he was a young child and he was raised and educated by the community. He lived a simple life, but studied and learned with other children. According to tradition, he showed great promise and developed a special relationship with other tzadikim (צדיקים – righteous ones) and a personal, emotional tie to God expressed through song and direct prayer to God. He mastered the mysteries of Kabbala (קבלה – Jewish mysticism) at an early age and then at age 36 revealed himself to the world and became known as the Baal Shem Tov (הבעל שם טוב – Master of the Good Name).

He began promulgating his own wisdom (based on the Kabbalistic teachings of Rabbi Isaac Luria), which emphasized any individual’s ability to reach their own spiritual potential through prayer, the love of God, and the love of one’s fellow Jews. This was as opposed to the traditional way to reach God – Torah study. It is this accessibility to God and the special relationship to one’s own Rebbe that continues to be the foundation of the Chassidic movement founded by the Baal Shem Tov.

Among his quotes, is this wonderful one that truly illuminates the meaning of the Yiddish word, Bashert, meaning destiny, a person’s soulmate. You can also view this wonderful Jewish Framed Art Print by Mickie at Amazon